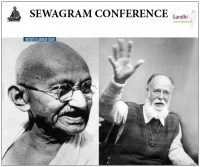 Commemorating 80th Anniversary of the meeting of 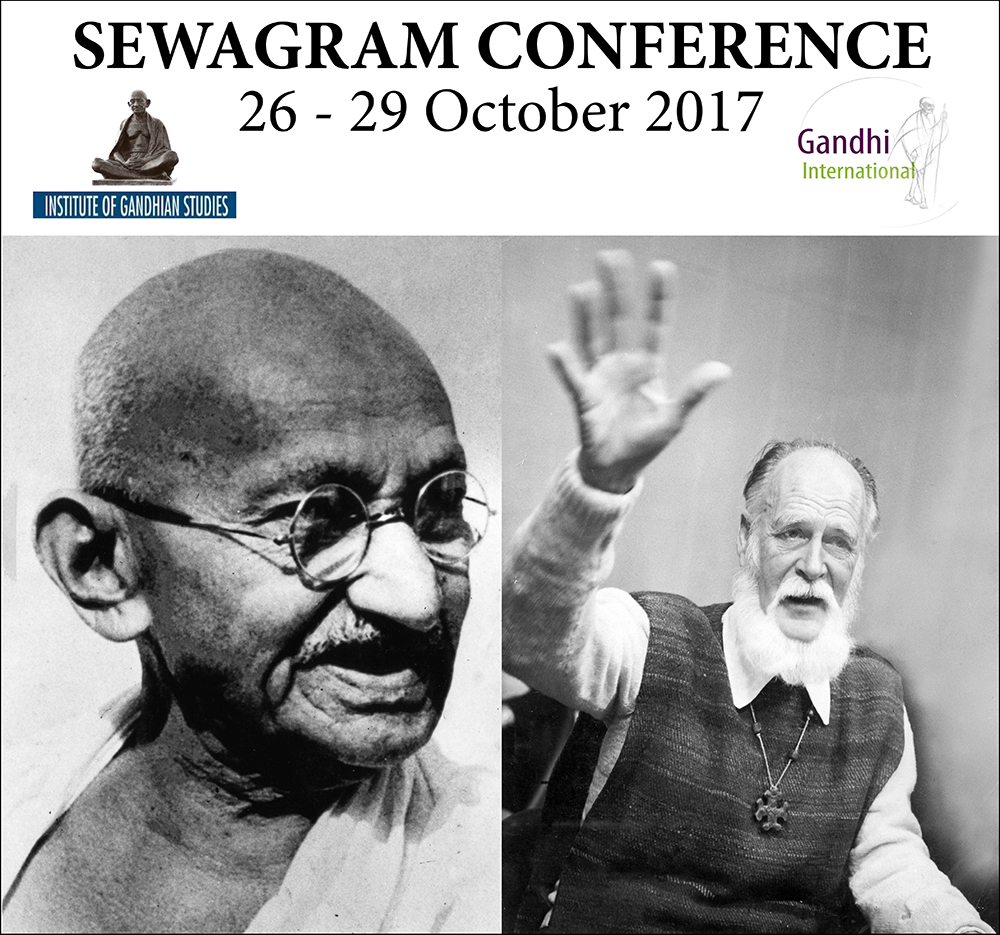 Gandhi International (France) and the Institute of Gandhian Studies, Wardha (India) have invited organisations, institutions and individuals interested in promoting non-violence and peace in the world to participate in the Sevagram International Congress on Non-violent Economy and Peaceful world at Wardha, India in October, 2017. This conference was organised in commemoration and celebration of the 80th anniversary of the Meeting of Lanza del Vasto, popularly known as Shanti Das or French Gandhi, with Mahatma Gandhi in 1937 at Wardha.
This conference has been co-funded with the Non-Violence XXI Foundation.

Sevagram Declaration of the Conference (ENG)

Objectives of the Conference:

The Conference discussed the following themes and the related areas in Plenary Session, Concurrent Sessions and Workshops:

Challenges of Globalised Economy - Marginalization of deprived sections of society, growing inequality-widening gap between the rich and poor, growing unemployment and jobless growth, over-exploitation of natural resources both renewable and non-renewable, Impact on eco-system and environment

An appropriate service sector conducive to traditional means of livelihood

The growing violence in all walks of life